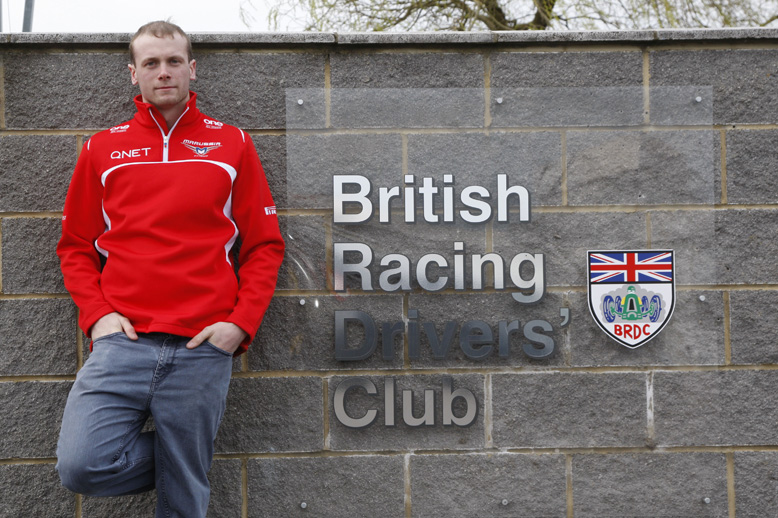 Arriving at the Portuguese circuit for the first time in his career, the test signified Stoneman’s full time single-seater comeback since his recovery from life-threatening cancer in 2011.

During the first day of testing (Thursday) Stoneman spent most the morning setting up the car and bedding in brakes. Despite this and having no prior experience of the famous ex F1 circuit, the 23 year old managed to be one of a hand full of drivers posting lap times of around the 1min.30 seconds. After the break for lunch and with further set up changes to the car made, Stoneman managed to put in an impressive lap time of 1.29.73, which was the second quickest time of the first day and just three tenths of a second off the fastest driver. Stoneman’s hopes of going even quicker were dashed as heavy rain hit the circuit. This gave Dean the chance to show his wet weather talent as he went quickest in the damp running conditions. Both morning and afternoon sessions confirmed that Stoneman and Marrusia Manor Racing will be front runners in this years GP3 championship.

Day two (Friday) saw the Marussia Manor Racing team make further adjustments to the Dallara GP3 car. The morning session was mainly run on a very damp circuit, which took its time to become fully dry. As all the cars switched to dry slicks, Stoneman again was one of the leading pack of drivers posting some of the quickest times around 1min:30 seconds. However, early in the afternoon the number 16 car of Stoneman had developed a misfire which meant the 2010 F2 Champion had to sit out a large part of the session whilst the issue was resolved.

When Stoneman did finally return to the track he managed to again exchange quick times with the fastest ten drivers and towards the end of the session posted a time of 1:29.335 placing him sixth quickest overall for the day; just seven tenths of the quickest time.

The Southampton based driver was satisfied with his first outing with the team. “We came here knowing we had to get the car set up. I have never been to this circuit before so I’m happy we adapted quickly. The weather over the two days didn’t help much but at least the rain allowed me to see how the car is in both the wet and dry conditions and get a chance to try a range of set up options. I think the team did an excellent job and it all looks very positive for the coming season.”

Stoneman’s attentions will now turn to the next official GP3 test at Jerez in southern Spain 10/11 April.