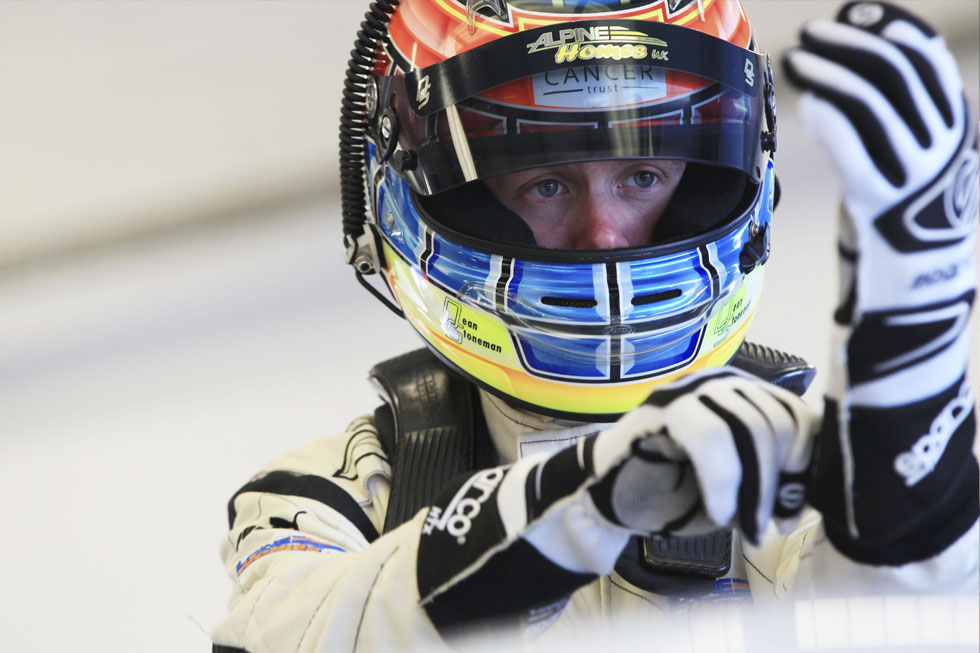 Brands Hatch, Kent UK ,Saturday 30th March 2013. Dean Stoneman continued his earlier dominance of the 2013 Porsche Carrera Cup when he set the fastest time securing pole for the first race of the season.

Stoneman followed up topping the times in yesterday practice session with an even quicker time of time of 46.139 ahead of current Porsche Champion Michael Meadows. His fastest time and second fastest time will see his start from the front for both races respectively.

The former F2 Champion was clearly delighted with his first qualifying session for over two years. “It feels great to be on pole. The team have done a great job on helping me get the car how I need it” I know I’m up against some very experienced Porsche racers so to be on the front row so early on is
a good start to the season.”

Redline boss Simon Leonard echoed his drivers thoughts. “Dean just gets better and better. To have a Carrera cup “rookie” on pole for his first race is special and just shows just how good Dean. He has not really had a lot of time in the car and we still believe he has still more to come.”