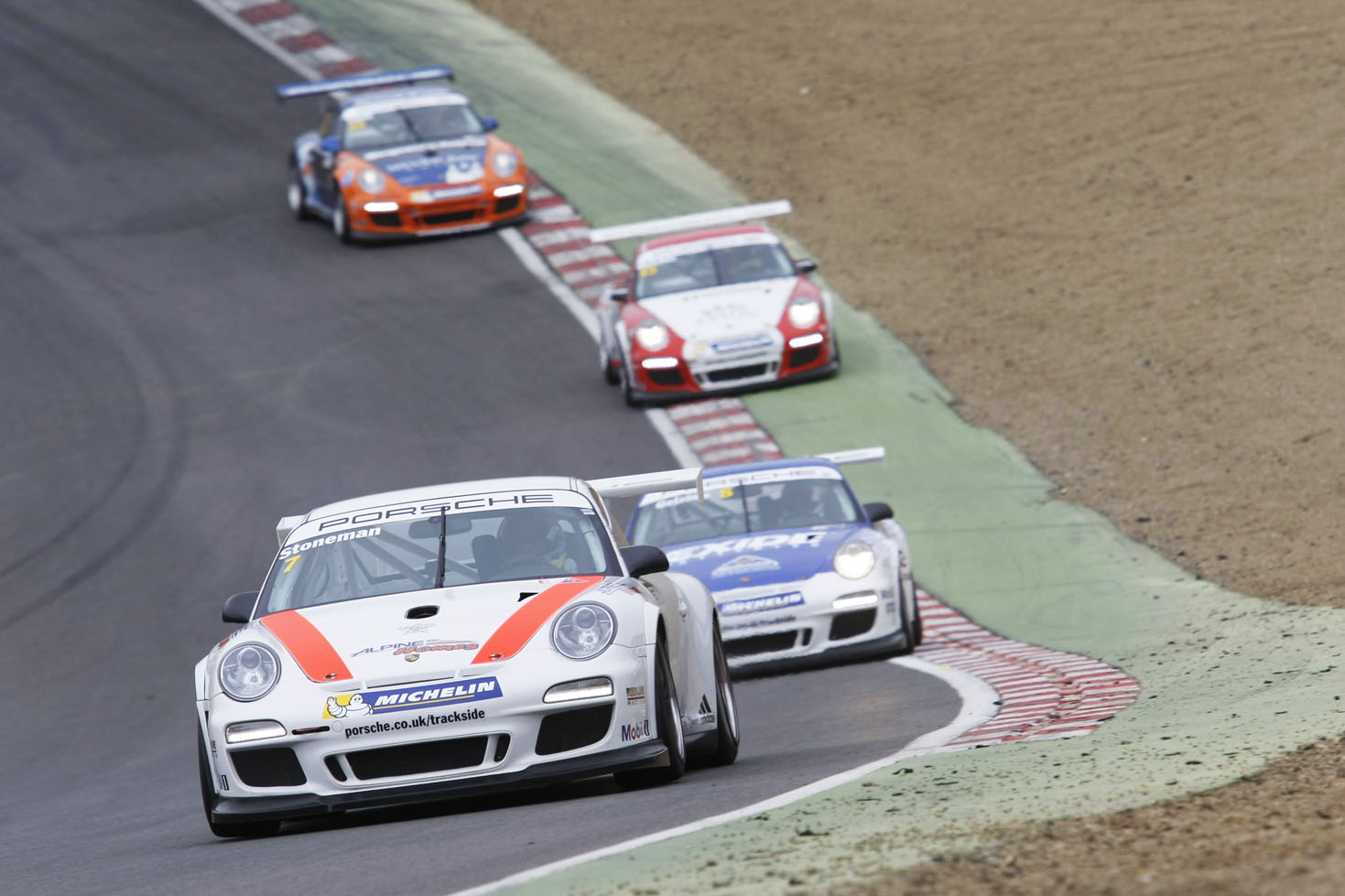 Lining up on the front the grid along side Meadows, Stoneman got an amazing start and led into the first corner. The Redline driver managed to hold off the menacing group of Porsche regulars as they ran up and around Druids. From there Stoneman led the pack for the following 8 laps as a three-way battle between Meadows, Lloyd and Butcher ensued behind him. As the trio exited Druids on lap 9, Meadows was forced off allowing Stoneman to open up a two-car lead.

Stoneman then proceed to display a master class in race craft and was only troubled slightly with pressure of Jonas Gelzinis toward the end of the 33 -lap race as his tyres began to degrade.

Stoneman was clearly happy with his second win of the weekend. “ That was brilliant! The other guys kept me very honest they kept pushing and pushing, but I was able to keep ahead of them. I could feel the tyres starting to go off towards the end.” The 22-year old Porsche Rookie added: “I really want to thank Redline for just a brilliant weekend, I couldn’t have hoped for a better start to season. It feels great to be back!”

Redline boss Simon Leonard: “ Deans start was simply brilliant He managed to get ahead of Meadows and just lead them all the way. It was a superb drive from start to finish. This weekend he has done everything asked of him. He has had a good start so far, but I believe we haven’t seen the best of him yet.”

Stoneman was also awarded the Porsche Driver of the Weekend award a true sign of his dominance throughout the weekend. Dean’s results also helped Redline pick up the team award.

Dean also became the second only debutant to score a win in his first race in the Porsche Carrera Cup.

The championship now moves to Donington for rounds 3&4 April 20/21 where Stoneman will hope to continue his amazing comeback.