Impressive Start for Stoneman in Barcelona 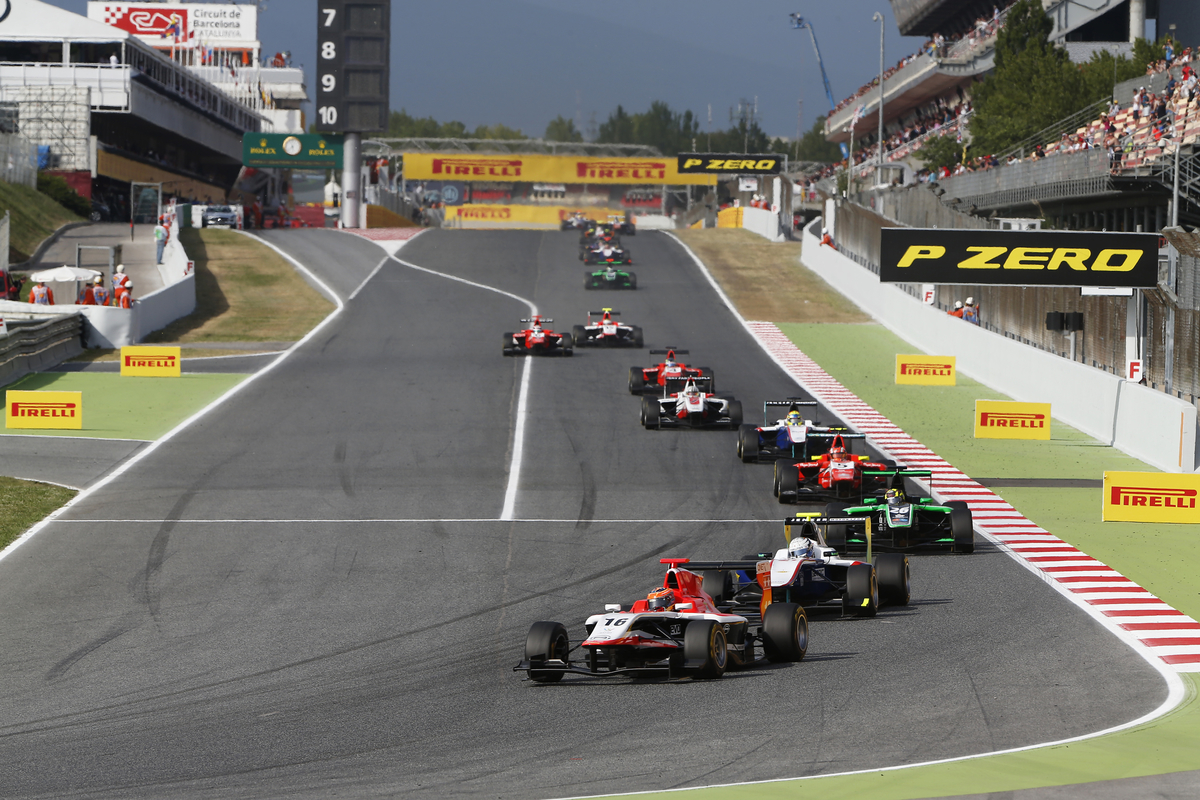 Circuit de Barcelona-Cataluña, Spain, Saturday 10th May 2014. Dean Stoneman made an impressive start to his GP3 campaign, finishing seventh in the opening round of the championship with Marussia Manor Racing.

What made his performance so distinguished was the fact he had started the race from the thirteenth.

Following a frustrating qualifying session earlier in the day, the 23 year old found himself in an unusual starting position on the seventh row of the grid. This however this didn’t stop the Southampton based driver making one of his trademark rapid getaways after the race had to be restarted, passing four cars on the lead up to turn one of the Spanish Grand Prix circuit.

From there Stoneman was on a charge, going wheel-to-wheel with couple of his championship rivals on the outside of turn two, first taking ninth a third way around the 4.8 kilometer circuit then getting into seventh place at the end of the first lap.

The number 16 Marussia Manor Racing Dallara was looking good to move even further through the field with sixth place firmly in his sights. But despite closing the gap to just one second, this was a position he was to hold the rest of the sixteen-lap race.

Stoneman was satisfied with the result “ Being so far back always presents a few problems especially against such a competitive field. I was able to get a good start and managed to make up a few places. I wanted to preserve my tyres so started to push the car ahead of me for the final few laps, but there was never really an opportunity to get past. My car was excellent, I want to thank Peter Berry my engineer who was worked really hard over the past couple days to get the car right for me. We are now looking good for tomorrow’s race and I have a real opportunity to get a podium if all goes well.”

Stoneman will start race two tomorrow from the front row due to the GP3 reverse grid format.

The race starts at 08:30 GMT and can be seen live on the Sky Sports F1 Channel.