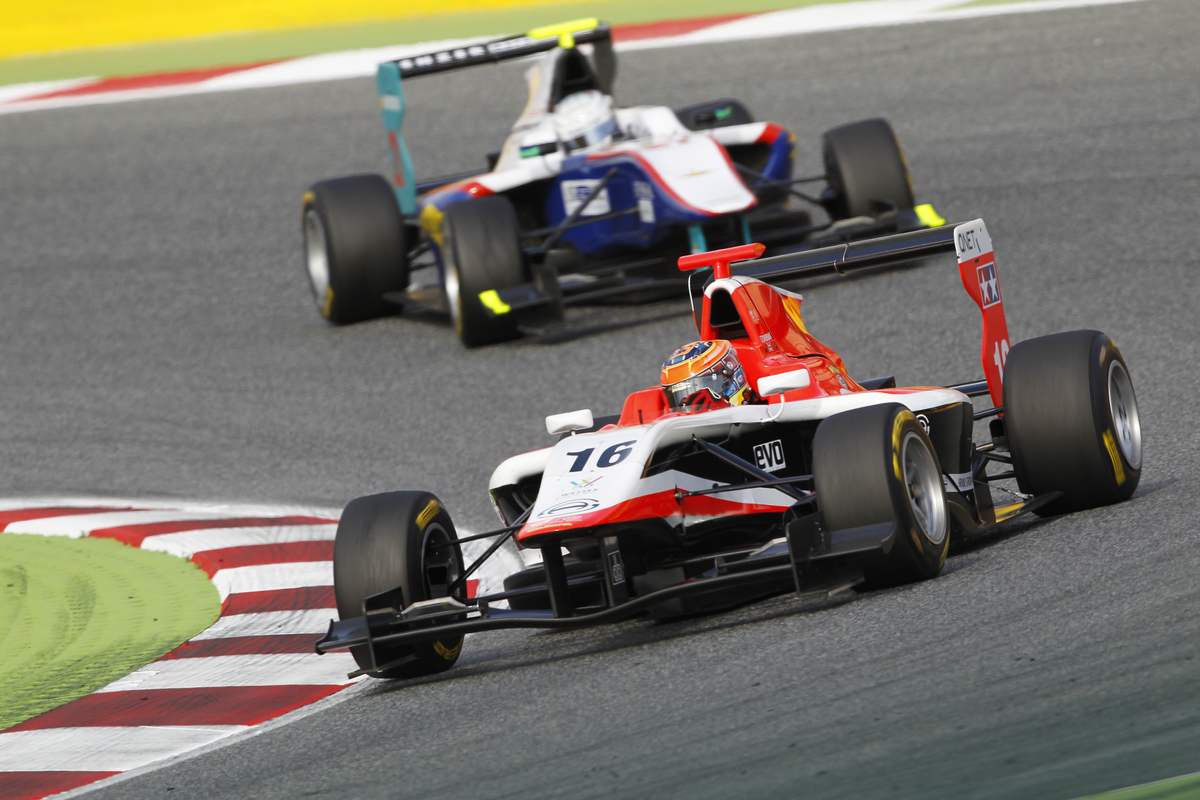 GP3 Round 3, Red Bull Ring -Spielberg, Austria, Saturday 21st June 2014. Dean Stoneman endured a frustrating day in Austria, after it had promised so much for the Marussia Manor Racing driver.

The Southampton racer arrived at the Red Bull Ring fresh from his impressive victory in round two in Spain hoping to carry on his impressive form. And the 23-year old got off to a great weekend by qualifying on the second row of the grid. Stoneman though was later to hear the disappointing news that he was to be penalised three grid positions after being adjudged to have exceeded the circuit limits and placed all four wheel off the circuit at one of the corners. This was harsh treatment for Stoneman who had been trading top five qualifying places throughout the thirty-minute session earlier in the day.

As the lights went out for the start of the race Stoneman made a rapid start from the third row of the grid in sixth to power himself down the left hand side of the track taking two places to get to third as the cars flew into turn one, but just as the 23 year old position himself for the corner the ART car of Fontana triggered a collision which was to tag Stoneman and send him spinning off the track. Now facing the opposite direction, with a damaged first gear, Stoneman was then hit by one of the twenty or so cars entering the corner chaos caused by Fontana. For Stoneman it was the end of the race and the end of a very frustrating day in Spielberg.

Stoneman reflected on his day “It was disappointing to receive the penalty as I felt quail went really well. The car felt great and in thought we could really attack form the second row. I made a good start and managed to get passed my teammate Patrick (Kajula) and Fotana in to third, but I got a heavy knock at the rear which sent me spinning. This damaged my first gear and then I was just a passenger as I got hit hard on the front left corner. It felt like it just wasn’t going to be my day.” He added. “ Tomorrow is fresh start and I’m going to see what I can do from the back of the grid. My aim is to pick up some championship points.”

Stoneman will start race two tomorrow in front of a huge crowd. The race starts at 08:30 GMT and can be seen live on the Sky Sports F1 Channel.