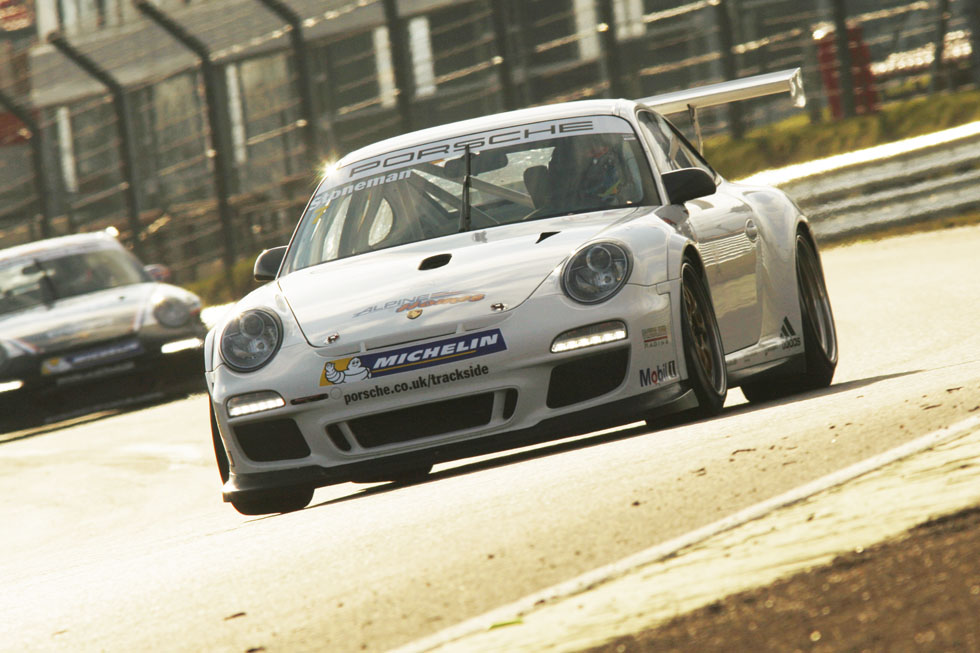 Dean Stoneman made his intentions clear for this weekend when he finished fastest in today’s Porsche Carrera Cup GB free practice.

Stoneman who is making his Porsche debut posted a time of 46.645 in the second of the 45-minute practice sessions some 0.136 faster than 2012 Porsche Champion Michael Meadows.

The Redline Racing newcomer was pleased to be on the pace. “I spent most of the two sessions trying to get the set up right. I have had very little time in the car in the dry and the Porsche is very different to what I’m used to. It became a little frustrating midway through the second session, but then made a couple more adjustments and put on new tyres and it all just clicked.

I just want to replicate this now in qualifying tomorrow.” It was a performance that also delighted Redline boss Simon Leonard. “Dean was brilliant today. You have to remember he is out there with guys
who have been in this championship for fours years and Dean has been with us for just four days! We are still learning lots about Dean and he certainly has lots more to come.”

More..
The Southampton driver now turns his attentions to Saturday’s qualifying and race followed by race two on Sunday afternoon.

The opening round of this season’s Porsche Carrera Cup will be significant as it is Dean’s first race for two years following his absence in 2011 and 2012 when he received treatment for testicular Cancer.
Stoneman is a proud member of the BRDC SuperStars programme and Youth Ambassador of the Wessex Cancer Trust.